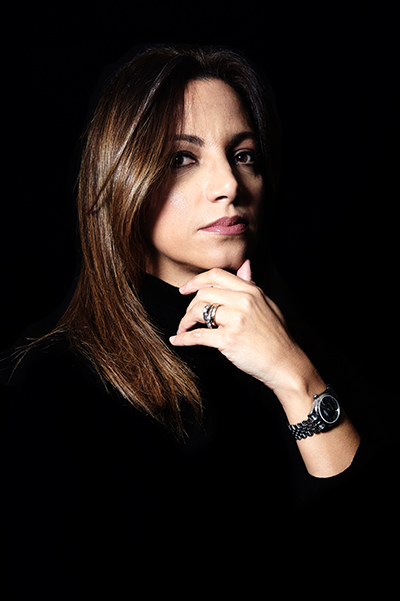 She manifests her interest in art since her childhood to continue all across her years of study.

In 1994 she received her degree at the National Academy of Fine Arts San Alejandro, earning the highest scores and outstanding-distinguished results

During her studies she took part on various artistic and cultural projects at "Istituto Superiore di Arte" and "Taller experimental de Grafica"; specializing herself in traditional lithography (using the stone).

Since 1995, in Bogotá (Columbia), Liuva worked for five years in the field of oil painting experimentation techniques.

She moved to Italy in 2000, where she is based currently.

Since her arrival to Italy Liuva Maqueira is attracted to the artistic tradition of the country, showing particular inclination and a lively interest in the world of ceramics.

For ten years, she has focused herself in a careful and intense study, attending master classes and courses: "Greek Vascular Ceramic: Attic and Corinthian", "Oxidation Effects Course: Metallic, Selenium, Overlays, reagents "," Bucchero and Villanoviano: from ancient to modern ", she also also specialized herself in modeling common and refractory clay, in colombin technique, slab and textured study.

Love with the ceramic has been a love at first sight for Liuva, she investigates it, and then re-elaborate in a very personal style, faithful to tradition and at the same time innovative.

Ljudesign, a quality brand, is born in 2016. With this brand the artist Liuva Maqueira creates art and design objects, furnishing accessories, which are solved in the dualism between classic and modern, space and time, lights and shadows, empty and full; white enamels and bold colors, spontaneous freshness in the conception of shapes, which goes hand in hand with the care of technical execution in all its creations, giving rise to a symphony in which the matter get forms and realized herself.

Her collections reflect the blend of tradition and innovation, balance and movement.

Liuva’s goal is that her artifacts wise up curiosity and at the same time become useful.

"I want my works to tell stories and that its narration would be shape through the use in everyday life, transforming their identity, their function, and their value, into decorative art elements that become unique"

The artist often uses in her works the grès, made with colombine and torniot technique, colored ingots and enamel. The material used expresses an absolute bond with the earth and its origins.

Once the gross shapes are created, forged by hand, the artist begins to define the surface, to mould new shapes, succeeding in capturing motion in a motionless object and creating contrasts.

The opposites are developed in her creations, feeding on each other, as in a dance without space and time.

The colors and agility of the shapes move to the sky with lightness and evolution.

The intention of the artist is to create a flow within the form, such as visual music and to experience a sensory experience generated by the alternate use of rough to smooth surfaces.

 Can not login without email!

 Can not login!

Please contact with us or try to login with another way

Thanks for logging in